North to Nara by Amanda Marin

It’s Wednesday Bookish Friends. I am really excited to be apart of this Book Tour, I was picked to be able to interview this Amazing Author 🌱🌸🌱 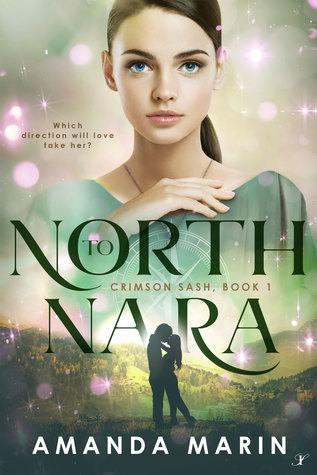 Neve Hall has always admired the good works of the civil servants who brought prosperity back to the Nation. She especially respects the Sufferers—empaths who, with the help of technology, anonymously bear others’ troubles for them. But when her assigned empath is abruptly retired, she uncovers certain secrets. Like the identity of her new Sufferer, Micah Ward… and the fact that behind his kind smile is a life filled with loneliness and pain.

The closer Neve grows to Micah, the more desperate she becomes to protect him from a cruel and gruesome fate. But in a world where only a few are allowed the luxury of love, saving Micah comes with a price: Neve must choose between her loyalty to the Nation or her heart—a decision that will take them both on a race for their freedom, and their lives.

“It’s you,” he murmurs, studying my face. “I thought it was you—on the trolley, when you looked at me.”

A wave of panic begins to drown me. He must think I’m stalking him—that I’m strange, maybe even dangerous. I bite my lip and struggle for words. Then, I decide to claim innocence. It’s my only defense at this point.

He says my name, and I can only gape in disbelief. It’s not just me knowing his identity after all—somehow, Micah Ward also knows mine. He grasps my arm, gently but firmly, and he pulls me aside, out of the view of passersby and into a quiet corner behind a founder’s statue. I follow him willingly, without question—I’d follow him just about anywhere, I find myself thinking.

“You know who I am, don’t you?” he asks. “And I recognize you from your pain. I saw you—just in an abstract—but I saw you when you transferred your sadness about what happened to Levi at the Center.”

I squirm uncomfortably. He knows everything. He knows how I feel about him—that I admire him and am attracted to him. I’ve heard before that abstract images sometimes transfer, along with the feelings, while Suffering. They’re said to be like reflections of our self-image, buried in our thoughts. But I never expected the scenes to be clear enough that my Sufferer might recognize me.

“Yes, it’s me—I’m one of your Sieves,” I admit. “You don’t have to worry about the anonymity laws, though—I’m on my way to tell Isla that I broke the rules and need to be reassigned again.”

But Micah’s eyes flash with sudden urgency and desperation. “No, please don’t tell Isla—not yet, at least.” 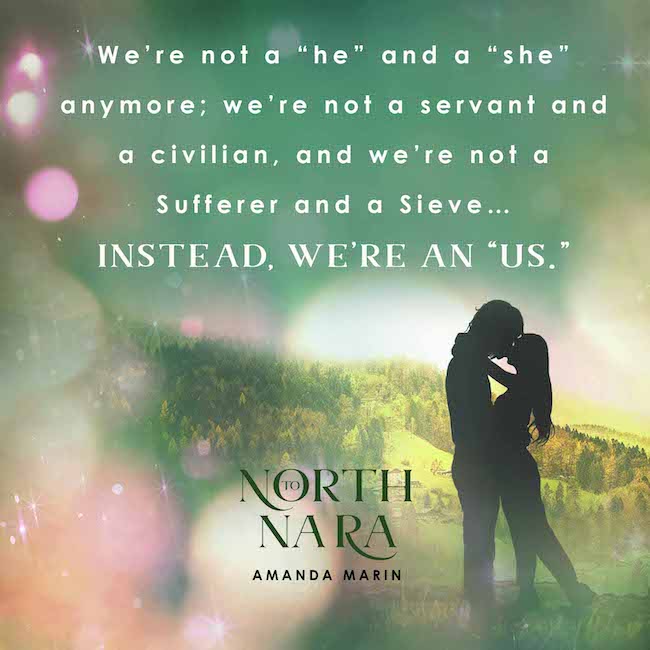 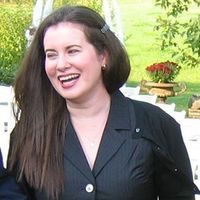 North to Nara by Amanda Marin

1. What gave you the idea for this book? North to Nara was inspired by a lot of different things. Believe it or not, one of those inspirations was my dog! A while back, she was having a tough time recovering after a surgery (thankfully she’s all right now). Taking care of her got me interested in writing about a character with the ability to siphon away someone else’s pain—it’s what I wished I could do for her! This evolved into the concept of Suffering in the book. On the more serious side, Nathaniel Hawthorne’s The Scarlet Letter was also a major influence. It’s one of my favorite books, but I always wanted Hester and Dimmesdale to have some sort of happily ever after. North to Nara isn’t exactly a retelling of the story, but it is a reimagining of it, focused on my own versions of Hester and Dimmesdale. (Hopefully Hawthorne wouldn’t mind!)
2. Who is your favorite character in North to Nara? Hands down, it’s Micah Ward, Neve’s love interest. He’s compassionate, kind, and thoughtful—all qualities the world needs more of (and that I aspire to better embody myself!). He was challenging to write about—but also really fun and interesting. Even though she’s more or less the villain in the story, I also really liked writing Isla Pryce. She’s a very complex character, and I loved working on her backstory.
3. What was the hardest part about writing North to Nara? I think trying to find a unique angle on dystopian fiction was the biggest challenge. It’s such a popular genre and so many takes on more traditional dystopian elements have been done repeatedly. It’s hard to stand out. I knew early on that I wanted to reverse as many expectations as possible. For one thing, I truly consider this a romance first—it’s a love story that happens to take place in a dystopian setting, not the other way around. I also wanted the appearance of a utopia, which is more frightening, I think, than an obviously bleak setting.
4. What’s your next project? I’m finishing up the sequel for North to Nara. It’s called Sky to Sea,and it should be out in January 2020. It’s a very personal story to me—I put a lot of emotion into it, along with healthy doses of romance, suspense, and adventure. The first few pages of Sky to Sea appear at the end of North to Nara—I’m keeping quiet beyond that so as not to spoil eitherbook!
5. Has writing always been your “dream job”? Pretty much! I’ve been writing since I was little—I’ve always loved stories and books. When I was around 13 years old, my English teacher was extremely supportive and encouraged me to keep going with my interest—so I did. Today, I’m a marketing content writer by day, and—now that North to Nara is published—a novelist by night. I feel very lucky to get to do something with my life that I love so much.
6. What is the best piece of writing advice you’ve received? Never give up. It’s simple but important advice. In high school, I asked my creative writing teacher if he ever thought I’d manage to get something published. He told me, “You will as long as you don’t give up.” I really took that to heart—it kept me going through many rejections and moments of self-doubt. Keep writing. Keep querying. Keep putting yourself out there. No matter what! (Yes, I’m talking to you, person-reading-this-who-really-needs-to-hear-encouragement!) 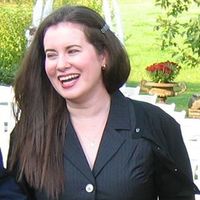 When Amanda was a child, her father traveled frequently for business, always bringing her back a book as a present. Whether she was getting lost in the pages of a tale about far-away knights, girls with supernatural powers, or kindly giants, she was quickly hooked on stories.

Over the years, Amanda has followed her own yellow brick road of reading and writing, and although her adventures haven’t involved sword fights or saving the planet from certain annihilation, they have involved jobs in scholarly publishing and marketing, a modest amount of travel, and a lifelong love of novels.

Amanda holds degrees in English from Salve Regina University and Boston College. She lives in southern New Hampshire with her family and pet poodle, Snickers. She is a member of the Romance Writers of America and several of its subchapters.