Before I begin my review, I would like to thank Parliament House Press and Nicole Knapp for providing me with an eARC of this magical book in exchange for an honest review. All thoughts and opinions expressed are completely my own.

You’ve heard of Neverland and its inhabitants… Fairies, pirates, mermaids and a boy who didn’t want to grow up. But you can’t always believe the stories.

Elena Hart arrives in London, bound for a new boarding school operated by her estranged uncle. A fresh start is exactly what she needs. But when strange things begin happening, things she can’t explain, she begins to wonder if she has lost her mind.

Until the night a strange girl appears in her room, claiming to be a fairy from Neverland, come to take her to the fantasy world at the request of its ruler.

Skeptical, Elena refuses. But the following night, a young man with strange green eyes appears, and though she tries to resist his charms, something about him draws her in and Elena is whisked away from the world she knows, to a world she always thought was make believe.

But when she arrives in Neverland, it is nothing like the stories and Elena realizes that she must figure out for herself who the true heroes and villains are.

Everything you thought you knew about the real story of Peter Pan is about to change. What if the villain is really not a villain after all.

An imaginative fairytale retelling with a creative dark twist on Peter Pan.With an unconventional cast of characters and brilliantly thought-up plot that takes the fairy tale you know as a child and upgraded it into a riveting YA novel. Nicole Knapp grabs your attention early on, when she masterly mixes first and third POV perspectives. Engaging fantasy world building, vibrant characters, and interesting plot. Knapp takes you to never land, in this adventures read. This was a fast read for me, and I was intrigued and curious to see where this inventive twist of of Peter Pan would take me.

I especially enjoyed the backstory, and the ending. I am looking forward to reading more of Knapp writing in the future. 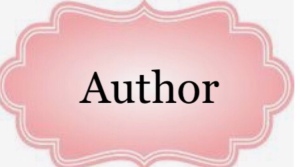 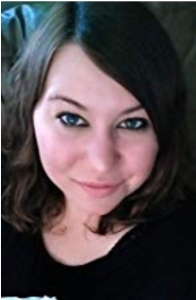 Nicole Knapp was born in Palm Springs, California on May 10th, 1990. She lived in California until the age of 16, when her family relocated to Oklahoma, where she currently resides. Nicole loved books from a very young age, and has been an avid reader all her life. At 24, she started freelance writing, which she continued for two years before deciding it was time to write something she was passionate about. Her first book, The Missing Piece, was released in August 2017. Her newest project, Hook & Crown, a dark and twisted retelling of Peter Pan, will be released Summer 2019 by The Parliament House.