The Doll Factory has been a subject to a 14-way bidding war and has been snapped up for television already. I can never resist a shiny new debut, and this one didn’t disappoint. It’s an evocative, gothic Victorian thriller which starts slow before building a crescendo to fever pitch.

It won the Caledonia Novel Award 2018 and film and TV rights have sold to Buccaneer Media. It is a Sunday Times Top Ten Bestseller, a Radio 2 Book Club pick, and Radio 4 Book at Bedtime.

You can purchase The Doll Factory (Picador) here. Us August 13

by Pan Macmillan. Details on how to purchase the book can be found here. 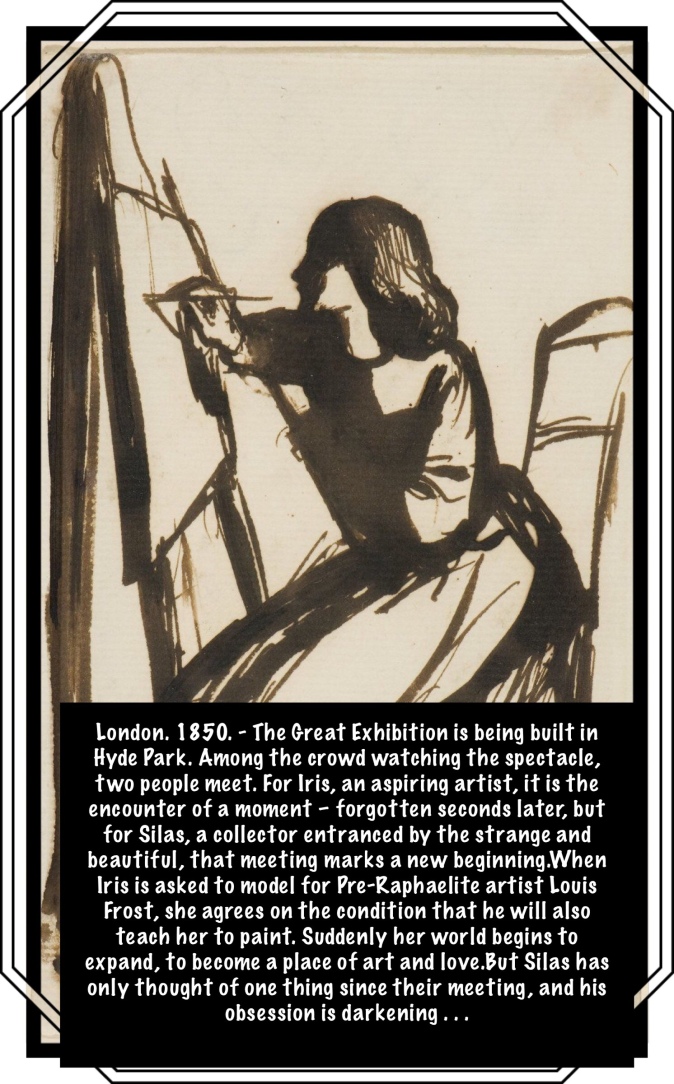 He sees a child dart forward and snatch a red handkerchief from a lady’s purse.  He peers closer, recognizing that scruff of pale hair.  The familiarity is a balm, a reminder that he is not alone in this roiling mass of industry.  Silas smiles, and calls out, ‘Albie!’
But the boy does not hear him.  And then Silas understands: he has been caught.  A woman’s hand is on his wrist, the handkerchief a limp flag in his fist, and Silas slips on a piece of turf in his haste to hurry over, readying himself to play Albie’s rescuer, to beg her not to notify the authorities – but then he sees that Albie is laughing.
Silas looks at the woman more closely.  She is as tall as a man and has her red hair tidied into a long plait.  She is – Flick?  Grown up, womanly.  But it cannot be.  This woman has a slight stoop on her left side.
It is as if a bell has been rung in an old house.  Silas has felt the tremor of the wire as it runs deeper into the building, through walls and floors.  He stands transfixed, watching as the vibrations set a series of smaller bells ringing.
He could not say what it means. 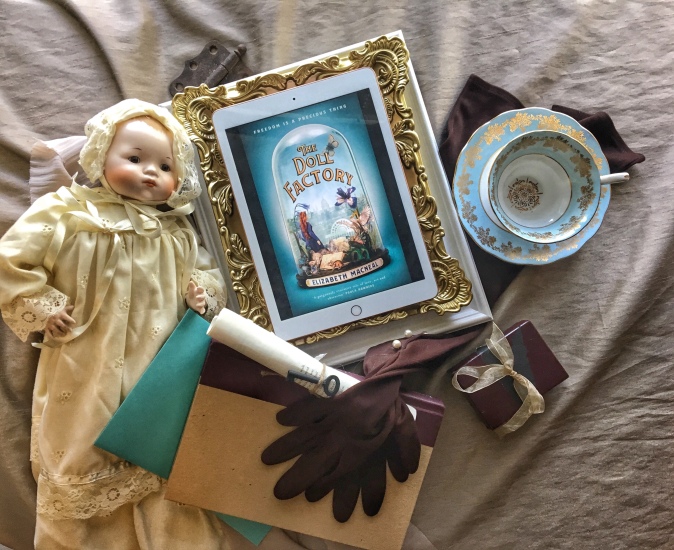 “When the streets are at their darkest and quietest, a girl settles at a small desk in the cellar of a dollmaker’s shop.”

In the art of the Pre-Raphaelites, we see a marriage of visual art and literature. Their early works are filled with scenes from the literary world, taken from authors such as Shakespeare, Tennyson, and Keats. These works demonstrate the interconnection of artistic expression and the written word in a way that goes far deeper than merely illustrating

Iris is our leading lady. Alongside her twin sister, Rose, they toil away at Mrs Salter’s Doll Emporium creating objects of beauty. But Iris is unsettled. She wants to paint, she wants the freedom to create her own masterpieces, not just what someone demands of her. I did feel for Iris, she is trapped in an uninspiring situation and when she is offered opportunity for something better, she grabs it. I became her cheerleader as I read this book, she is strong, talented and full of ambition.

This new life leads her to become involved in with the pre-Raphaelite’s and we meet the key artistic figures of this movement. Elizabeth Macneal has seamlessly and brilliantly inserted real-life people into a work of fiction. I didn’t know a great deal about the pre-Raphaelite’s before reading this, but after I finished it, I whiled away some time Googling and looking at the stunning works of art and have fallen head over heels for them. I love it when a book prompts me to do a little research!

The story is told from multi-view perspectives, Iris’ as well as from, Albie the street urchin’s and from Silas, an obsessive collector of weird and wonderful things.

Iris and Silas have a brief encounter, after being introduced by Albie, to which they have very different reactions to! As you read this, you do become very aware of a creeping sense of danger and tension. Especially the further along you get in Silas’s narrative. The tension slowly builds and builds and it leads you to a chilling, dramatic conclusion.

If you historical fiction, or are just in the mood for some creepy Victorian fiction, thenThe Doll Factory might be for you. Macneal has captured London perfectly; evoking all the seedy bars and fancy houses and everywhere in between. Her characters are beautifully rendered; they are endlessly fascinating to watch and I was disappointed when the book ended.

It is hard to imagine this is a debut as it is really impressive; great characters, evocative writing and a truly gripping story.

What more can you want out of a book?

You can purchase The Doll Factory (Picador) here.

That’s it for today. Thanks so much for stopping by and happy reading!

Born in Scotland, Elizabeth Macneal is a potter based in Limehouse, East London, working from a small studio at the bottom of her garden.  She read English Literature at Oxford University, before working in the City for several years. In 2017, she completed the Creative Writing MA at UEA where she was awarded the Malcolm Bradbury scholarship. The Doll Factory, Elizabeth’s first book, won the Caledonia Novel Award 2018.

To learn more about the author of The Doll Factory, Elizabeth Macneal visit here.