About The Lost Daughter

If you loved I Am Anastasia by Ariel Lawhon you won’t want to miss this novel about her sister, Grand Duchess Maria. What really happened to this lost Romanov daughter? A new novel perfect for anyone curious about Anastasia, Maria, and the other lost Romanov daughters, by the author of The Secret Wife.

A family tragedy. A fight for love. A long-buried secret.

1918 With the country they once ruled turned against them, the future of Russia’s imperial family hangs in the balance. When middle daughter Maria Romanova captivates two of the guards, it will lead to a fateful choice between right and wrong. Fifty-five years later . . . Val rushes to her father’s bedside when she hears of his troubling end-of-life confession: ‘I didn’t want to kill her.’ As she unravels the secrets behind her mother’s disappearance when she was twelve years old, she finds herself caught up in one of the world’s greatest mysteries.

This was his moment; his place in the history books beckoned.

The Lost Daughter, begins in Ekaterinburg in 1918, just at the time the Romanov family are imprisoned at what was to be their final destination, in the Impatiev House. The fate of the Romanovs is recorded in history however Gill Paul presents a creative thought provoking alternative version.

In the 1970’s, Val is living in Australia. She is called to her father’s nursing home after the staff report that in his state of dementia he keeps repeating a phrase ..” I didn’t want to kill her” Val has no idea what he means.

Ms Paul link between Val and events of the past are slowly revealed but not at all in the way that you will expect. So, she begins a search for the truth about his words and her past. The clues she discovers are baffling a jewel-encrusted box that won’t open and a camera with its film intact. What she finds out pulls Val into one of the world’s greatest mysteries what truly happened to the Grand Duchess Maria? 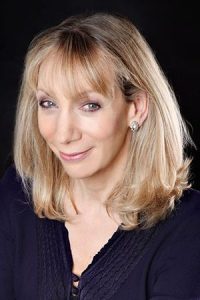 Gill Paul is an author of historical fiction, specialising in relatively recent history. She has written two novels about the last Russian royal family: The Secret Wife, published in 2016, which tells the story of cavalry officer Dmitri Malama and Grand Duchess Tatiana, the second daughter of Russia’s last tsar; and The Lost Daughter, published in October 2018, that tells of the attachment Grand Duchess Maria formed with a guard in the house in Ekaterinburg where the family was held from April to July 1918.

Gill’s other novels include Another Woman’s Husband, about links you may not have been aware of between Wallis Simpson, later Duchess of Windsor, and Diana, Princess of Wales; Women and Children First, about a young steward who works on the Titanic; The Affair, set in Rome in 1961–62 as Elizabeth Taylor and Richard Burton fall in love while making Cleopatra; and No Place for a Lady, about two Victorian sisters who travel out to the Crimean War of 1854–56 and face challenges beyond anything they could have imagined.

← Blog Tour : Song of the Abyss by Makiia Lucier.
Book Tour And Giveaway of Dragon Lady →