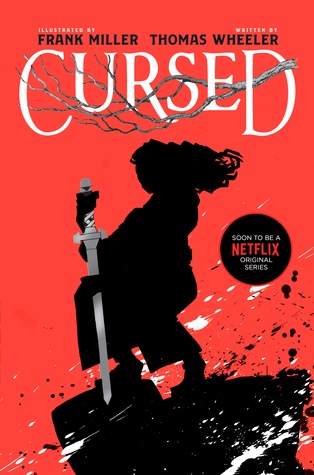 Hi guys! Today we have a very exciting blog tour! Y’all know how much I love retellings, and this one is extra special. Cursed is going take over, and it is very soon going to be a NETFLIX SHOW. So, you better get on it and read this book now,

Synopsis:
The Lady of the Lake is the true hero in this cinematic twist on the tale of King Arthur created by Thomas Wheeler and legendary artist, producer, and director Frank Miller (300, Batman: The Dark Night Returns, Sin City). Featuring 8 full color and 30 black-and-white pieces of original artwork by Frank Miller.
Whosoever wields the Sword of Power shall be the one true King.
But what if the Sword has chosen a Queen?
Nimue grew up an outcast. Her connection to dark magic made her something to be feared in her Druid village, and that made her desperate to leave…
That is, until her entire village is slaughtered by Red Paladins, and Nimue’s fate is forever altered. Charged by her dying mother to reunite an ancient sword with a legendary sorcerer, Nimue is now her people’s only hope. Her mission leaves little room for revenge, but the growing power within her can think of little else.
Nimue teams up with a charming mercenary named Arthur and refugee Fey Folk from across England. She wields a sword meant for the one true king, battling paladins and the armies of a corrupt king. She struggles to unite her people, avenge her family, and discover the truth about her destiny.
But perhaps the one thing that can change Destiny itself is found at the edge of a blade. 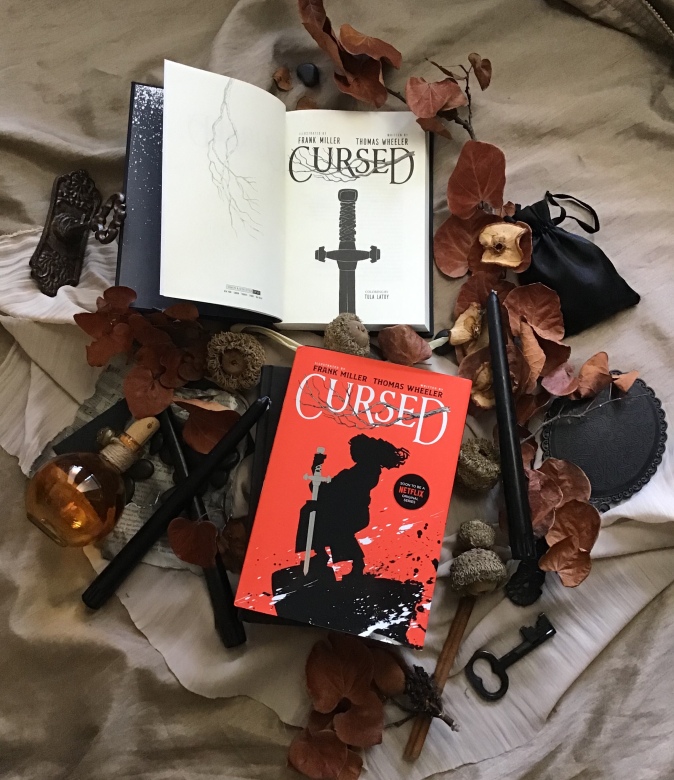 Welcome to my stop of the Cursed blog tour! Thank you to @theffbc @thomaswheelerofficial and @simonandschuster @simonteen for allowing me to take part in this tour!

I am a huge fan of anything Arthurian and every year I reread the Mists of Avalon!

So when I was given the chance to read and review this hard copy breathtaking Arc, I jumped at the chance and greatly appreciate The Fantastic Flying Book Tour @theffbc for giving me this incredible opportunity.

In this imaginative fantastic retelling of the Notorious Arthurian legend. The Lady of the Lake takes the role of hero in this tale of king Arthur.Creators Thomas Wheeler and legendary artist, producer, and director Frank Miller of 300, Batman, The Dark Knight Returns, and Sin City.This book features full-color and 30 black-and-white pieces of original artwork by Frank Miller.

Cursed is told through the eyes of Nimue, a teenage heroine with a mysterious gift who is destined to become the powerful and tragic Lady of the Lake.Nimue is a child, living in a nurturing environment still following the old ways of the Druid. When the evil Red Paladins, a section of the Church who have made it their mission to wipe out the Fey Folk, attack her village, Nimue finds herself journeying across England to fulfill her mother’s last wish. She sets out on a quest to find Merlin and deliver an ancient sword. Nimue, finds an unexpected partner in a young mercenary named Arthur.

Rumors grow that the Sword of Power has resurfaced again has spread through out the country. Nimue faces incredible forces who all want to claim the sword for themselves, King Uther Pendragon, the Viking Ice King and the Catholic Church.

All knowing the ancient prophecy of the sword …

Nimue will become the hero and the symbol of courage and rebellion against the terrifying Red Paladins, and their King Uther.

I can’t wait to see this novel turned into a show. I love the portrayal of Nimue and everything surrounding her story. Make sure to buy this beautiful novel on October 1st and be sure to watch the Netflix series.

GIVEAWAY
1 Finished copy US only 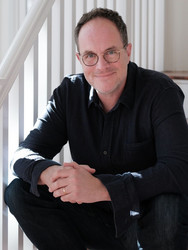 Thomas Wheeler sold his first screenplay at age twenty-two, to Twentieth Century Fox. He has continued to work on major Hollywood features for the last several years. Wheeler lives in Los Angeles with his wife, Christina, and his son, Luca. The Arcanum is his first novel.

Frank Miller is an award-winning comic book writer, novelist, inker, screenwriter, film director, and producer best known for Daredevil, The Dark Knight Returns, Sin City, and 300, among others. He also created Cursed with Tom Wheeler, which is being adapted as a series for Netflix starring Katherine Langford. Visit him online at FrankMillerInk.com or on Twitter @FrankMillerInk.

Maddie.TV– Review
Worlds Unlike Our Own– Review & Favorite Quotes
Some Books & Ramblings– Review