Book Review Find Me Their Bones

Title: Find Me Their Bones

Bring Me Their Hearts #2

What is a Heartless, with their heart returned? A human? No — not entirely. They’ve tasted the hunger. They can still remember what it feels like to die, to be cut up, to be burned.

In order to protect Prince Lucien d’Malvane’s heart, Zera had to betray him. Now, he hates the sight of her. Trapped in Cavanos as a prisoner of the king, she awaits the inevitable moment her witch severs their magical connection and finally ends her life.

But fate isn’t ready to give her up just yet.

With freedom coming from the most unlikely of sources, Zera is given a second chance at life as a Heartless. But it comes with a terrible price. As the king mobilizes his army to march against the witches, Zera must tame an elusive and deadly valkerax trapped in the tunnels underneath the city if she wants to regain her humanity.

Winning over a bloodthirsty valkerax? Hard. Winning back her friends before war breaks out? A little harder.

But a Heartless winning back Prince Lucien’s heart?

The hardest thing she’s ever done

“Don’t bother with the past, Zera. The future is where you’ll find your freedom.” 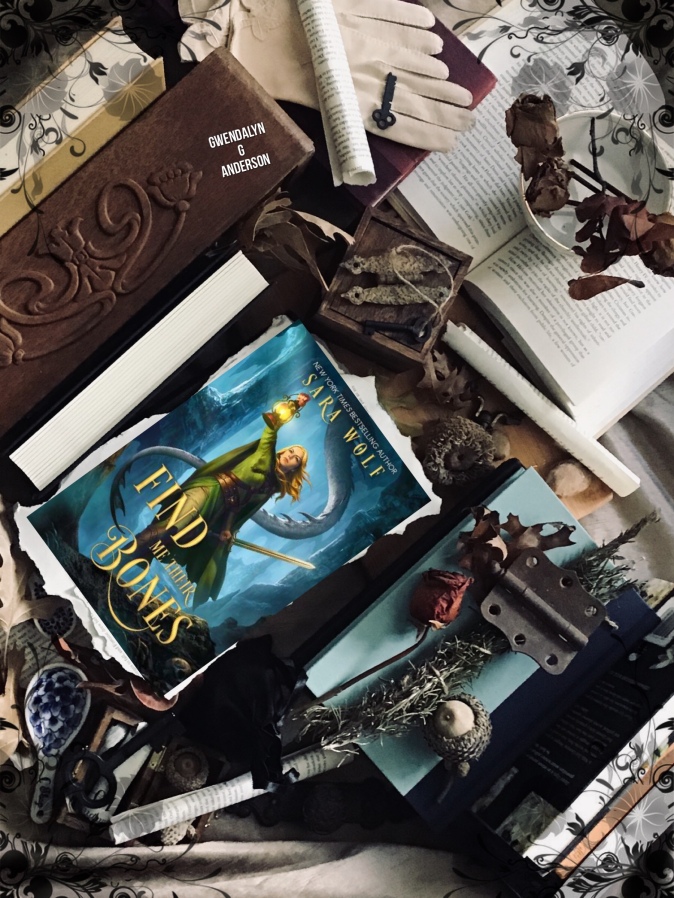 ✧ This book was received from the Author, in exchange for an honest review. Opinions and thoughts expressed in this review are completely my own ✧

An incredible stellar addition to the Ruthless Song series. I need to give @entangledteen a huge thanks for reaching out to have me work with them on a few projects and gifting me this truly fabulous ARC.

If you are a reader of fantasy? I have the perfect series for you

Bring Me Their Hearts which is the first novel in this series.

Find Me Their Bones, is the next phenomenal installment to Zera’s quest to get her heart back.

Find Me Their Bones by Sara Wolf is the second book in the young adult romantic fantasy Bring Me Their Hearts series. This series is definitely one that a reader should start from the beginning and read in order as the story now in the second book has picked up right after the cliffhanger ending of the first and wouldn’t be understood out of order.

Nineteen year old Zera, is a Heartless. an unkillable human puppet in thrall to a witch. Given a task to take Prince Lucien of Cavanos’ heart, but instead, she fell in love with him; saving him, yes, but only after deceiving and betraying him. She has failed in her mission. Awaiting impending death when her witch severs the connection between them. She Instead finds herself beholden to a new mistress…..Lucien’s sister, Princess Varia

Wolf’s world-building was more developed and the descriptive magic was definitely noticeable, The strategic development of the complexity of the plot line was superb. Wolf’s progression from first installment to Find Me Their Bones, is smooth and effortless. Even though this storyline had little to do with what was introduced to us in the fist book. The author tone and everything that was going on in this one. There were some new creatures, as well as more information about certain characters’ backstories that I found super interesting and added something new to the plot, and there was a much more complex plot as well.

“We can’t remember who we were. We’re always hurting. Always hungry. That isn0t home. This… This isn’t a home. It’s a prison.”

Definitely a solid sequel, bringing back all the characters I adored so much with a lot of added world-building information. Cannot wait for the next installment There was so much tension and secrets in this second installment of the series and it got my blood pumping and kept me on the edge of my seat.

Zera’s a strong sassy protagonist, that I adore, her engaging sarcastic sense of humor was enticing and added to this wonderful Ya Fantasy.

This captivating book is one I definitely recommend to anyone who enjoys epic fantasy at its best.

The books explosive ending will leave you shocked and have wanting more.