Hi friends! I’m here today to share my review on a book that has pleasantly surprised me. 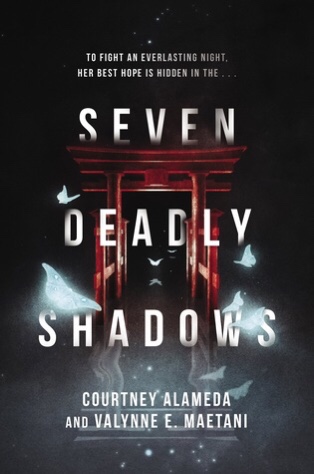 Kira Fujikawa has always been a girl on the fringe. Bullied by her peers and ignored by her parents, the only place Kira’s ever felt at home is at her grandfather’s Shinto shrine, where she trains to be a priestess.
But Kira’s life is shattered on the night her family’s shrine is attacked by a vicious band of yokai demons. With the help of Shiro—the shrine’s gorgeous half-fox, half-boy kitsune—Kira discovers that her shrine harbors an ancient artifact of great power . . . one the yokai and their demon lord, Shuten-doji, will use to bring down an everlasting darkness upon the world.
Unable to face the Shuten-doji and his minions on her own, Kira enlists the aid of seven ruthless shinigami—or death gods—to help stop the brutal destruction of humankind. But some of the death gods aren’t everything they initially seemed, nor as loyal to Kira’s cause as they first appeared.
With war drawing nearer by the day, Kira realizes that if this unlikely band of heroes is going to survive, they’re going to have to learn to work together, confront their demons, and rise as one to face an army of unimaginable evil. 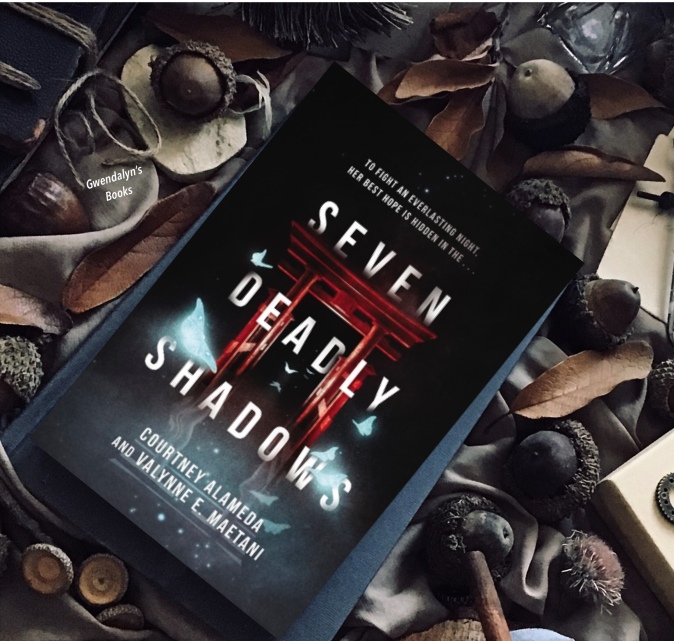 Thank you, so, so much HarperTeen for providing me with an Arc, in exchange for an honest review!

This new Fantasy novel is set in modern day Japan, and follows our heroine, Kira Fujikawa. She works in the afternoons as a miko, a shrine maiden at her family’s Shinto shrine. Her grandfather runs the shrine and is take his place when she comes of age.

She attends a prestigious Kogakkan Academy in Kyoto, Japan, on a scholarship.Kira longs for her peer acceptance, she treated as outsider because of her family’s status. And oh by the way she sees Yolai, class of supernatural monsters, spirits, and demons, that have haunted Japan since time immemorial. Not all the Yokai have evil intent, but the description are wonderfully creepy.

Yes, it’s a stellar fantasy that embraces Japanese mythology and a lot of manga. There is also something more to this creative fantasy, it’s the depth and development of the character, Kira, as she her story unfolds. Her growth is depicted in symbolically within the storyline. Realizing her strength, and coming into her own with much needed unexpected help.

“I suppose even death looks beautiful, sometimes. But its beauty is a lie.”

Japanese folklore and Kurosawa’s are perfectly blended in this mesmerizing retelling of an old, classic film by Akira Kurosawa, Seven Samurai, add a little Anime, and you have the perfect combination. A breathtaking fantasy exploration outside western culture.

Easy to follow seamless narration with intriguing world building that is incredibly vibrant. I especially enjoyed the glossary that is added to the back of the book, I usually research on my own when presented with mythology from other cultures. So, this was a added bonus for me. 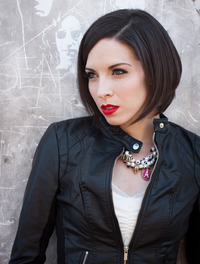 A veteran bookseller and librarian, Courtney Alameda now spends her days writing thriller and horror novels for young people. Her debut novel, SHUTTER, was nominated for a Bram Stoker award and hailed as a “standout in the genre” by School Library Journal. Her forthcoming novel, PITCH DARK (Spring 2017), is a genre-blending science fiction/horror novel in the vein of Ridley Scott’s 1979 film ALIEN.
Courtney holds a B.A. in English literature with an emphasis in creative writing. She is represented by the talented John M. Cusick of Folio Literary. A Northern California native, she now resides in Utah with her husband, a legion of books, and a tiny five pound cat with a giant personality.

Valynne E. Maetani (pronounced Vuh-lin Mah-eh-tah-nee) grew up in Utah and obtained a Bachelor’s degree from the University of Pennsylvania. In a former life, she was a project manager and developed educational software for children with learning disabilities. Currently, she is a full-time writer. She is a member of the We Need Diverse Books team and is dedicated to promoting diversity in children’s literature because every child should grow up believing his or her story deserves to be told. Her debut novel, Ink and Ashes, is the winner of the New Visions Award 2013, a Junior Library Guild 2015 selection, and Best Fiction Book in Salt Lake City Weekly’s Best of Utah Arts Award for 2015. She lives in Salt Lake City.