Today I’m really excited to be taking part in the Book Tour of, The Killing Fog
by Jeff wheeler which is being hosted by JeanBookNerd


Praise for THE KILLING FOG


“Wheeler (Broken Veil) opens the Grave Kingdom series with this winding tale of valor and sacrifice, set in a realm where using magic summons a heavy fog that kills every living thing it touches. [T]he threat of the fog looming in the background adds atmosphere and tension…This excellent introduction to the prolific Wheeler’s work will appeal to fans of Asian-influenced fantasy.” —Publishers Weekly 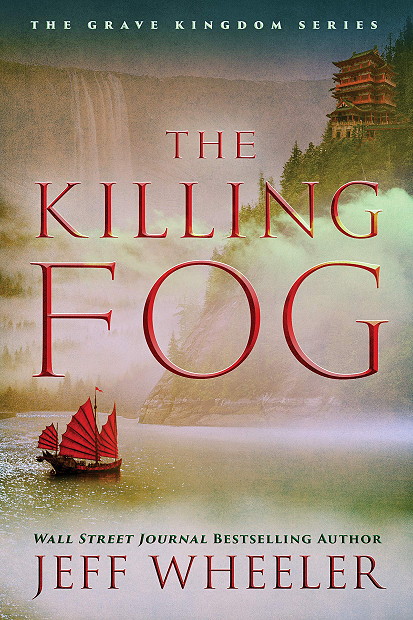 The Wall Street Journal bestselling author of the Kingfountain series conjures an epic, adventurous world of ancient myth and magic as a young woman’s battle with infinite evil begins.

Survivor of a combat school, the orphaned Bingmei belongs to a band of mercenaries employed by a local ruler. Now the nobleman, and collector of rare artifacts, has entrusted Bingmei and the skilled team with a treacherous assignment: brave the wilderness’s dangers to retrieve the treasures of a lost palace buried in a glacier valley. But upsetting its tombs has a price.

Echion, emperor of the Grave Kingdom, ruler of darkness, Dragon of Night, has long been entombed. Now Bingmei has unwittingly awakened him and is answerable to a legendary prophecy. Destroying the dark lord before he reclaims the kingdoms of the living is her inherited mission. Killing Bingmei before she fulfills it is Echion’s.

Thrust unprepared into the role of savior, urged on by a renegade prince, and possessing a magic that is her destiny, Bingmei knows what she must do. But what must she risk to honor her ancestors? Bingmei’s fateful choice is one that neither her friends nor her enemies can foretell, as Echion’s dark war for control unfolds.

You can purchase The Killing Fog at the following Retailers: 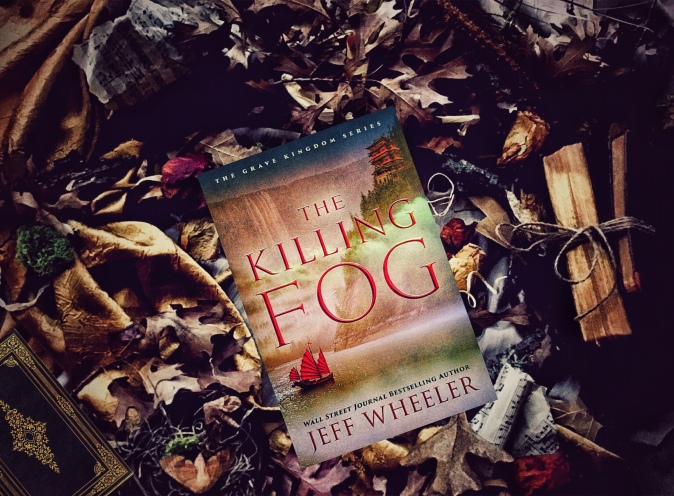 Thanks 47North for providing me with an advanced reading copy.

Jeff wheeler, The Killing Fog” is the first installment in, The Grave Kingdom trilogy.

An incredible read from Wheeler, It was fast-paced, action packed, the world building and characters were absolutely amazing.

The story was fascinating, engaging, and a definite page-turner with perfect pacing and creative story development. The author keeps you totally invested in this intense epic fantasy. Enjoyable storyline that had me glued to the pages.

Wheeler creates an exceptional atmospheric world that catapult reader into this phenomenal adventures fantasy world that he has created. Rich magical elements an stellar cast of characters. The main protagonist Bingmei, is by far one of my favorite female leader characters this year. With non stop adventure and intrigue and just the right amount of romance made this riveting book exceptional.

I will definitely recommend this book to my family and friends, and I am anxiously waiting on the next book in series

Atmospheric, riveting and intensely entertaining! Another great success for the fantasy author 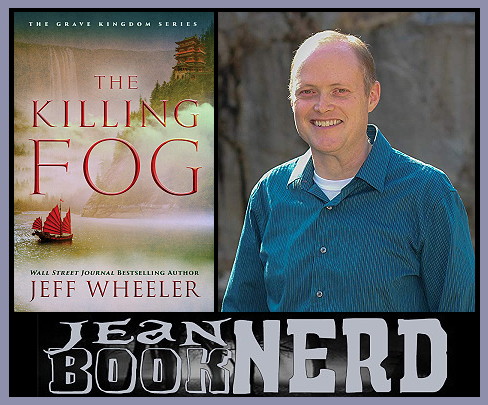 Jeff Wheeler took an early retirement from his career at Intel in 2014 to write full-time. He is a husband, father of five, and a devout member of The Church of Jesus Christ of Latter-day Saints. Jeff lives in the Rocky Mountains. His books have been on the Wall Street Journal Bestseller list 5 times (for The Thief’s Daughter, The King’s Traitor, The Hollow Crown, The Silent Shield, and Prism Cloud) and have sold more than 4 million copies. His novels have also been published or will be published in many languages: Italian, Chinese, Hungarian, Turkish, Polish, Spanish, Russian, and German.

He is also the founder of Deep Magic: the E-zine of Clean Fantasy and Science Fiction (www.deepmagic.co), a quarterly e-zine featuring amazing short stories, novellas, and sample chapters.

He welcomes hearing from readers: jgwheels /at/ gmail dot com

If you are interested in purchasing signed copies of his books for friends, family, or your own collection, please e-mail: WOJWbooks /at/ gmail dot com