Veronica Speedwell and her natural historian colleague Stoker are asked by Lady Wellingtonia Beauclerk to help with a potential scandal so explosive it threatens to rock the monarchy. Prince Albert Victor is a regular visitor to the most exclusive private club in London, known as the Club de l’Etoile, and the proprietess, Madame Aurore, has received an expensive gift that can be traced back to the prince. Lady Wellie would like Veronica and Stoker to retrieve the jewel from the club before scandal can break.

Worse yet, London is gripped by hysteria in the autumn of 1888, terrorized by what would become the most notorious and elusive serial killer in history, Jack the Ripper–and Lady Wellie suspects the prince may be responsible.

“He was not another half, for I was whole unto myself. But he was my mirror, and in him I saw reflected all that I liked best in me. I saw honesty and pride, loyalty, and a willingness to stand, however difficult, in service of one’s principles.”

After the ending of A Dangerous Collaboration, I was not sure what to expect, relationship wise, between Veronica and Stoker. They had both finally accepted that they were drawn to each other in more than a partnership capacity and I was eager to see how that unfolded in A Murderous Relation. Even in their acceptance, there was complexity and simplicity woven with insecurities. What did take place was adorable, frustrating, and in the end, swoon worthy. Both Veronica and Stoker were deeply passionate characters who were also deeply emotionally scarred and there was an element of vulnerability that needed to be addressed internally before any progress could be made. I loved the emotional journey! Focusing on the mystery, there is very little sleuthing, not exactly a whodunit. Expect more along the lines of political machinations and surprising betrayal. I will say that I did enjoy the nods to the Whitechapel murders, along with the characters introduced from that quarter. They were impactful in their brief time in this story. Overall, A Murderous Relation was a delightful historical mystery with witty banter and plenty of escapades and exploits that kept this story moving at a fast clip. 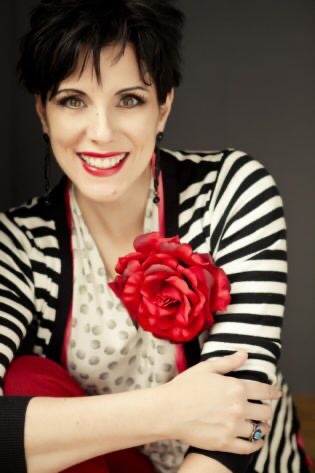 A sixth-generation native Texan, New York Times bestselling author Deanna Raybourn grew up in San Antonio where she met her college sweetheart. She married him on her graduation day and went on to teach high school English and history. During summer vacation at the age of twenty-three, she wrote her first novel, and after three years as a teacher, Deanna left education to have a baby and pursue writing full-time. Fourteen years and many, many rejections after her first novel, she signed two three-book deals with MIRA Books.

1 Comment on “Book Review: A Murderous Relation by Deanna Raybourn”