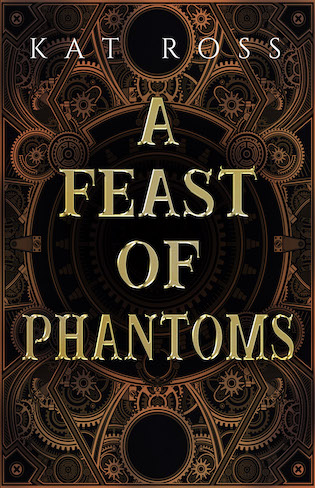 Lingua Magika is Kat’s latest series, a fast-paced Western steampunk fantasy with a dash of romance and adventure! A Feast of Phantoms is Book #1, with at least two more to follow.

It was supposed to be simple.

Help Marshal Sebastian Hardin escort his prisoner one stop on the railway to Charter Oak.

But when that prisoner is a savant who talks to ghosts, even the simplest plans have a way of falling apart.

Sheriff’s Deputy Ruth Cortez always does the right thing. Lucky Boy is a company town, dependent on the rich and powerful Carnarvon family. Besides which, the charismatic Sebastian Hardin isn’t an easy man to say no to. When his transport derails in the middle of the prairie, Ruth begins a relentless manhunt that leads straight into the dark heart of the Carnarvon empire.

Lee Merriweather favors sharp suits and fast trains – especially when he’s stealing them. At the ripe old age of 18, he’s managed to become the most wanted criminal in three territories. Lee can’t resist playing cat and mouse with a small-town deputy, but what starts as a game becomes deadly serious.

Sebastian Hardin is the Carnarvons’ right hand, loyal to the death and willing to keep any secret to protect the family. They want Lee alive, but with the young savant’s disturbing abilities it won’t be an easy proposition. Whoever catches Lee gets the keys to the kingdom and the Carnarvons aren’t the only ones hunting him down. Sebastian has enough problems without falling for Deputy Cortez – but you can’t always choose who you love.

They terrorized the settlers until Calindra Carnarvon learned to speak their language. Her empire relies on controlling their telekinetic powers, but Lee Merriweather could destroy it all. And not even Lee suspects the shocking truth of the phantoms’ real nature. 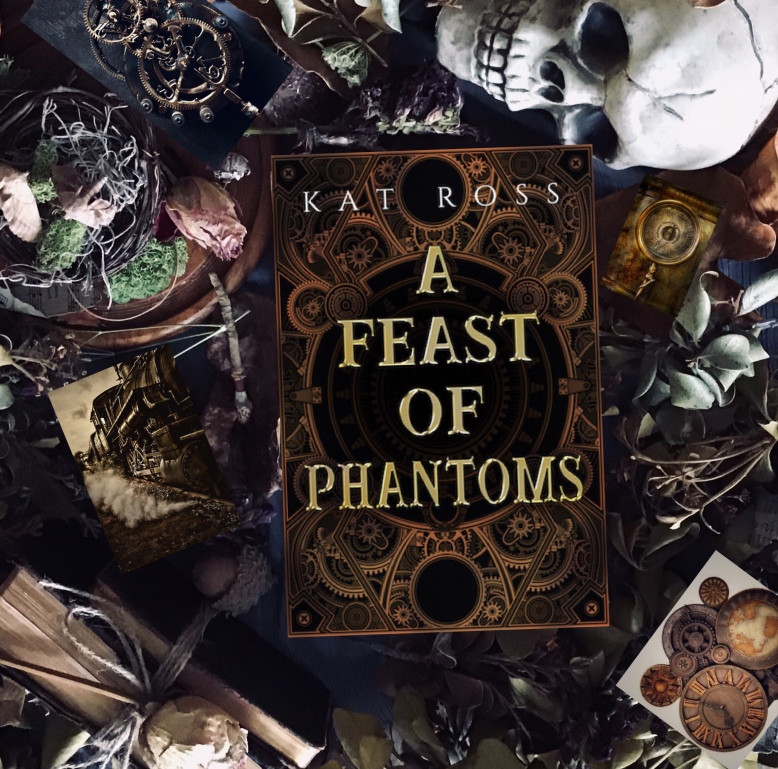 Ruth Cortez is young determined southern drawl lady, she also has a phantom in her gun. A loyal small town deputy, that does things by the book, when duty call her elsewhere, she leaves her comfort and strikes out to hunt down villains convict.

She is taken by surprise when the the man and his crimes she seeks is not what they seem to be. Ross is an auto by for me and, I am a HUGE fan of Kat Ross’s Gaslamp Gothic books,

With an amazing cast of characters and notable sub characters that keep you interested and hanging on all the way to the very end. If you are like me, and Independent strong willed woman. Along with love complex genres that are unique, than you are going to love A Feast of Phantoms.

Kat Ross worked as a journalist at the United Nations for ten years before happily falling back into what she likes best: making stuff up. She’s the author of the Fourth Element and Fourth Talisman fantasy series, the Gaslamp Gothic paranormal mysteries, and the dystopian thriller Some Fine Day. She loves myths, monsters and doomsday scenarios. Check out Kat’s Pinterest page for the people, places and things that inspire her books.

One thought on “A Feast of Phantoms+ Book Review +Giveaway”