MAN OF War by TJ. London,

which is being hosted by HFBT!

Man of War
by T.J. London

The man who wants everything gets nothing…

War is brewing between England and France. Impressed into the Royal Navy, Lieutenant Merrick, against all odds, advanced through the ranks to become an officer—but he is not a gentleman. A man with a tainted past from a traitorous family, cast down by King George—a stain no man can remove.

Merrick’s thrust into the role of captain, when the HMS Boudica is attacked by pirates off the coast of Nova Scotia. On a captured enemy vessel he discovers a King’s ransom in treasure and a woman chained in the hold from passenger ship that mysteriously disappeared at sea.

Beautiful, defiant, and hell bent on revenge, India makes a deal with Merrick to uncover the pirates’ scheme, promising him everything he desires: fortune, glory, and the chance to bring honor back to the McKesson name.

Now, they race against time to uncover a plot that links those in the highest ranks of the British aristocracy, to a failed rebellion that is once again trying to topple the monarchy and place an old pretender on the throne. But all that glitters is not gold as passions stir and an impossible love blooms, threatening to undermine all Merrick and India have done to protect their King and a country on the brink of war.

This book was received from the Author TJ. London , in exchange for an honest review. Opinions and thoughts expressed in this review are completely my own.

Man of War is the next installment from the revolutionary historic author TJ London. Book four and a prequel to the adored Rebels and Redcoats Saga.

London has once again delivered another masterpiece of historical fiction. This enthralling novel is seen through the eyes of Lieutenant Dane Merrick McKennson, and lady Caroline {India}

Lady Caroline has only just recently learned that she was a product of a torrid and infamous affair. She is betrothed to a lord in New York, sent away aboard a ship bond for the Colonies. When the unthinkable happens and the ship she is on is taken.

The French speaking devils kill all but her and two other ladies and a small boy. Tortured and barely surviving, she is rescued when the ship is captured by a Union Jack, Man of War, under the guidance of red headed captain. Casting aside her old life of a prestigious Lady, she takes on the name India.

Lieutenant Merrick was impressed into English Royal Navy, rising above the ranks to that of an officer. His family has lost their home and their name, cast out by his eldest brother. He has made his own way in the world on hard work and loyalty.

Merrick, and India life becomes intertwined as they are caught up in an extraordinary adventurous tale. India makes a deal with Merrick one that he can’t refuse.

Man of War is a historical masterpiece from the revolutionary historic author, TJ London. Perfectly executed with smooth, and flawless narration making this everything I hoped it would be. Intelligently written with just enough passionate scenes to keep your heart racing.

London latest novel is meticulously research and her knowledge is astounding. Richly descriptive scenes, catapults the reader to 1775 aboard the Boudica War Ship, and to early Manhattan New York, right before the revolutionary war.

The authors ability to create vivid imagery, immersing the reader within the clear atmospheric details. Immensely talented, TJ. London sets the bar on historical fiction. The realistic life portrayed aboard capitan Merrick McKennson ship is vibrant and one you won’t forget. The storyline is multi layered, and the intrigue and plot twist is superbly executed. This fast paced prequel, gives the reader an in-depth engaging backstory to the author’s Revolutionary war series.

The characters are engaging, and three dimensional and fully developed as jump of the pages. Even the Villianous ones will capture your attention and are well portrayed.

T.J. London is a rebel, liberal, lover, fighter, diehard punk, and pharmacist-turned-author who loves history. As an author her goal is to fill in the gaps, writing stories about missing history, those little places that are so interesting yet sadly forgotten. Her favorite time periods to write in are first and foremost the American Revolutionary War, the French Revolution, the French and Indian War, the Russian Revolution and the Victorian Era. Her passions are traveling, writing, reading, barre, and sharing a glass of wine with her friends, while she collects experiences in this drama called life. She is a native of Metropolitan Detroit (but secretly dreams of being a Londoner) and resides there with her husband Fred and her beloved cat and writing partner Mickey. 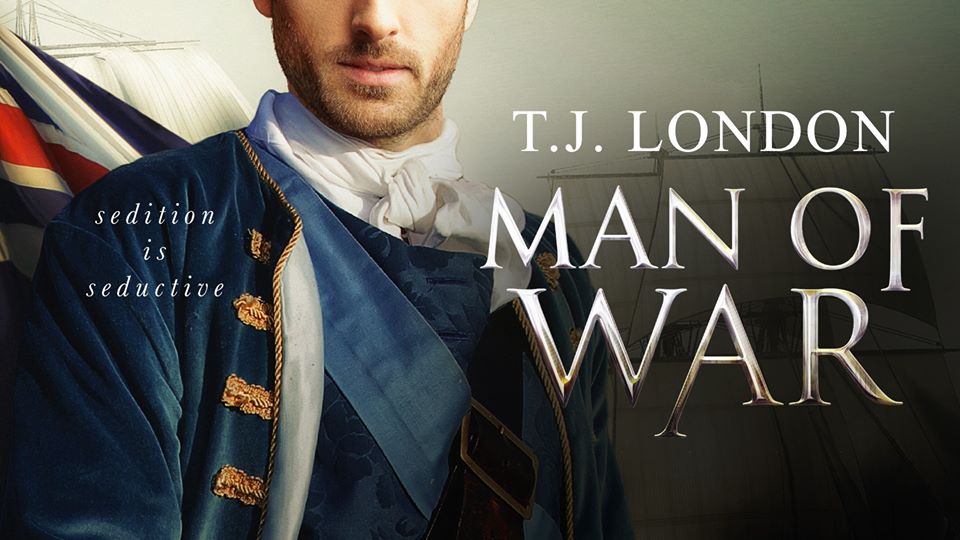 Friday, May 1
Review at Books, Writings, and More

Saturday, May 2
Feature at Just One More Chapter

Tuesday, May 5
Feature at The Lit Bitch

Wednesday, May 6
Feature at I’m All About Books

Thursday, May 7
Guest Post at Curling up by the Fire

Saturday, May 9
Feature at Reading is My Remedy

Monday, May 11
Review at andreajanel_reads

Wednesday, May 13
Feature at What Is That Book About

Thursday, May 14
Excerpt at Books In Their Natural Habitat

Friday, May 15
Review at Passages to the Past

To enter to win an amazing prize pack from T.J. London, please complete the Gleam form below!

– Giveaway ends at 11:59 pm EST on May 15th. You must be 18 or older to enter.
– Paperback giveaway is open to the US only.
– Only one entry per household.
– All giveaway entrants agree to be honest and not cheat the systems; any suspicion of fraud will be decided upon by blog/site owner and the sponsor, and entrants may be disqualified at our discretion.
– The winner has 48 hours to claim prize or a new winner is chosen. 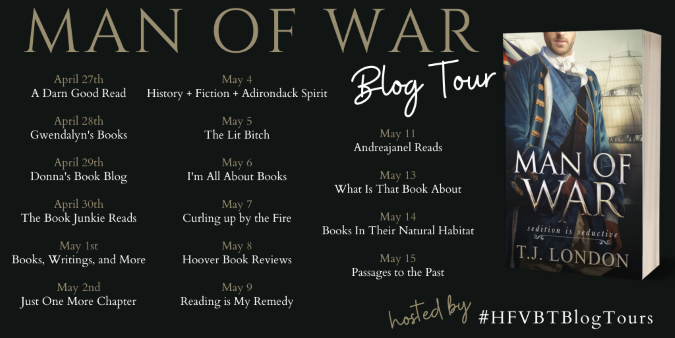