The Ruin of Evangeline Jones, by Julia Bennet,

which is being hosted by HFBT!

The Ruin of Evangaline Jones by Julia Bennet

Alex Stanton just inherited a dukedom but his true passion is uncovering charlatans and frauds wherever he finds them. Spiritualist and medium Evangeline “Evie” Jones is the biggest fake of all and he’s determined to expose her lies for all of London to see. Her prim manner and ladylike airs don’t fool him. He sees the hunger beneath and recognizes a worthy opponent. He can’t deny the dark undercurrents of lust between them.

Evie worked her way up from the gutter and she’s not about to abandon the life she’s built for fear of this aristocratic dilettante. She knows his type. She sees the attraction simmering beneath his animosity, and she knows how to use it to keep him off balance. They strike a bargain. He has one week to prove she’s a fake. If he fails, he has to abandon all further attempts. If he succeeds, she’ll not only retire but make a public statement explaining all her tricks.

Neither expects to find anything in common, not to mention anything to love, in the other. Both are blindsided by the affinity and blossoming tenderness between them. But even if it were possible for a lowly charlatan to live happily ever after with a duke, more is going on than either suspects. Someone else has brought them together for a sinister purpose of his own. 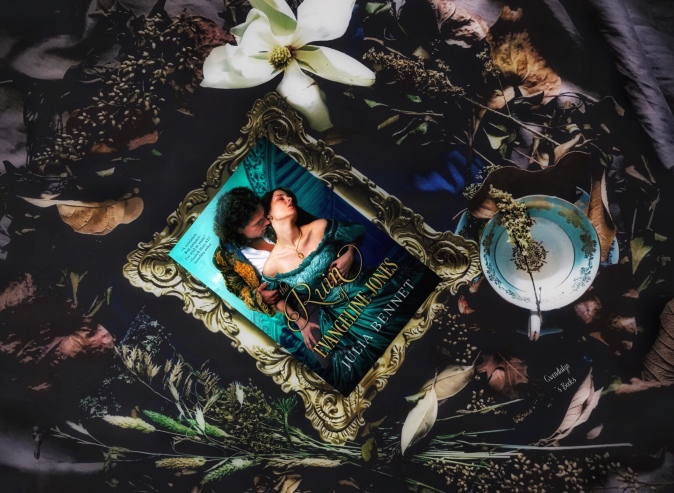 The Madness of Miss Grey, was such an enjoyable book, that when the opportunity to read the next book in series I jumped at it.

The Ruin of Evangeline Jones by Julia Bennet, is the second installment in the the Harcastle Inheritance Series.

Alex Stanton, the Duke of Harcastle, has made it a personal mission to unveil spiritualists and mediums for the frauds that they are. He has seen them pry on the grieving, and the next one on his list is Miss Evangeline Jones.

Seeking her out at “The Nimble Rabbit”, will be the first time he has laid on eyes her in person. Even though he carries two photographs of her, one a proper cabinet card. The other one is a rare photograph, that he keeps inside the pocket of his coat. That photo is her in a provocative pose, with the name “Sally Harper” printed across the bottom. His famous skepticism doesn’t prepare for the night’s outcome.

Miss Evangeline Jones, “Evie” profession is a Spiritualist and Medium, conducting séances and manifesting spirits. What she really is…a resourceful charlatan. In 1888, London the spiritual movement had really taken off. Having not been born into wealth, she capitalized on the Spiritualist craze. Along with the help of, The Captain, who saved her from a deferent line of work.

This “Evie” gave her means to support herself during a time when unmarried woman struggled to survive. Usually a lot resorted to prostitution our backbreaking work and both sent you to an early grave.

Alex presents Evie with a wager, she cannot refuse. This where this captivating book really takes off. With engaging characters and interesting villain. This was a terrific enjoyable read from start to finish. Chemistry, Romance, along with some intriguing twist to the storyline. I was immersed, and vested into the characters and plot line, the writing flows and the banter between Alex and Evie, was lively. The ending was incredible, and had me wanting more from the wonderful author.

The Ruin of Evangeline Jones, can be read as a stand-alone, or you can read it the Julia Bennet very engaging book series. The Madness of Miss Grey, is the first book in this series 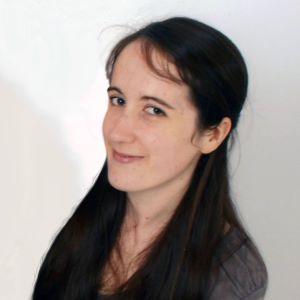 Julia writes historical romance with passion, intrigue, dark humor and the occasional animal sidekick. A tea-sodden English woman, she’s the only girl in a house of boys and yearns for all things pink and fluffy. Before she began writing, she spent many years searching for something to do with her English Literature degree. Nothing satisfied her until she decided to commit the stories in her head to paper. These days, if she isn’t writing, she’s probably reading everything she can get her hands on, spending time with her boys or procrastinating on the internet.

Tuesday, April 28
Review at SplendeurCaisse
Excerpt at Books in their Natural Habitat

Friday, May 1
Excerpt at Probably at the Library

Saturday, May 2
Feature at Reading is My Remedy

Monday, May 4
Review at Gwendalyn’s Books

Thursday, May 7
Review at Never Too Many To Read
Feature at Just One More Chapter

Friday, May 8
Review at A Chick Who Reads

Monday, May 11
Feature at I’m All About Books

Tuesday, May 12
Review at Books2lovenow

During the Blog Tour, we are giving away a $10 Amazon Gift Card! To enter, please use the Gleam form below.

– Giveaway ends at 11:59 pm EST on May 12th. You must be 18 or older to enter.
– Paperback giveaway is open to the US only.
– Only one entry per household.
– All giveaway entrants agree to be honest and not cheat the systems; any suspicion of fraud will be decided upon by blog/site owner and the sponsor, and entrants may be disqualified at our discretion.
– The winner has 48 hours to claim prize or a new winner is chosen. 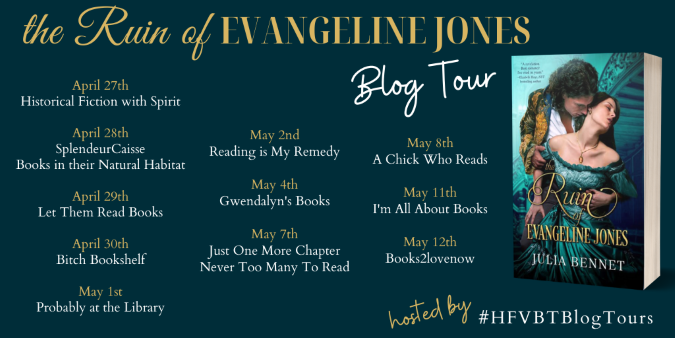 1 Comment on “The Ruin of Evangaline Jones +Review + Giveaway”