Thanks for joining me today,

as I kick off This amazing Book Tour

Saving the Music by Vincent B. “Chip” LoCoco

Saving the Music by Vincent B. “Chip” LoCoco

It is the winter of 1942, and the world is at war. A few Jewish musicians attempt to flee the Nazi death grip, each desperately trying to navigate his own path to safety. With the courageous aid and kindness of strangers, they soon find themselves in Rome, where under the highly secret help of the Vatican, they are hidden in Bellafortuna, a small village in Sicily. The residents of Bellafortuna welcome them and care for them, and for a fleeting moment, the horrors the musicians are facing are forgotten while residing in the beautiful, idyllic landscape of Sicily. But word soon reaches the small village that Italy has surrendered, now making Germany at war with Italy. War quickly comes to the village as the Germans storm into Sicily to repel the Allied advance. As Bellafortuna becomes front and center in the raging war, the villagers rise as one to try and protect and save the Jews hiding in their midst. Failure to keep them hidden will mean death to those under their protection…and perhaps even to the villagers themselves.

An intricately plotted and meticulously researched novel, Saving the Music demonstrates how, in the face of death and unspeakable horror, the strength of the human spirit of ordinary people can shine bright through the darkness.

Bellafortuna, has been nationally recognized, being named a Short List Finalist in the William Faulkner Writing Competition and awarded the B.R.A.G. Award in Historical Fiction. Mr. LoCoco is a member of the Italian American Writers Association.

This is an emotional charged, faced paced, gripping tale that portrays the horrors and suffering the people endured under the weight of the Third Reich.

Ludwig Adler and his family, along with several musicians barley escapes the Nazis regime, as they seek to eradicate all Jews from every territory that is German occupied. Fleeing for their lives, they journey through Switzerland, and eventually they make to Italy.

There they find help within Catholic Church. As the Holy Church’s stealth mission, to save as many Jewish people lives from the death grip of the Nazis. They are Smuggled to a very tiny village in mountains outside of Palermo.
The courageous actions of the cautious, diplomatic, Pontificate of Pope Pius XII, along with the large complex web of priest, together with Italian villagers help to secure the fleeing Jews. Lulled by the picturesque landscape and musicians almost forget the horrors, until Italy announces its surrender.

Chip LoCoco writing is with precision and depth, he keeps the pace brisk and vividly rendered.
The authors seamless narration, beautiful prose will have you completely immersed within this absorbing book. The fleshed out characters were incredibly realistic and endearing. A stunning heartwarming dynamic historical fiction, that I found myself captivated by the first page.

An incredible compassionate novel, that captures the heroism of the people, who risked everything to help those who were targeted by horrific third Reich.

This book is a superb novel, that will transport you with its historical atmospheric imagery, and engaging musical elements. An absorbing riveting book, that will stay with you long after you close the book.

“In Saving the Music, author Chip LoCoco writes of the efforts undertaken by common villagers, priests, and even a Pope to protect Jews from the Nazis. He vividly depicts the horrors faced by the Jews as they confront the Holocaust. Filled with real heroism and high drama, this book brings perspective and depth to its subject. It’s an exciting read on an important topic, and I strongly recommend it.” -Ronald Rychlak, Author of Hitler, the War, and the Pope

“This is a well-composed novel that captures key moments of the Holocaust as it relates to the Italian people. I highly recommend it.” -Professor Vincent Lapomarda, S.J., Author of The Jesuits and the Third Reich

“This is a well-researched novel and reflects the situation as it then existed, hopefully, never to return.” -Fr. Peter Gumpel, S.J., postulator of the cause of beautification for Pius XII

“Chip LoCoco’s novel, Saving the Music, is a realistic fact-based story of pain, fear and true heroism. The premise is solidly grounded on documented facts of the actions of the Catholic Church under the Pontificate of Pope Pius XII down to priests and individual Catholics. Saving the Music is an exciting and engrossing read, which joins the list of wonderful truth-based books of late that is shedding light on the truth ending the worst character assassination of the 20th Century. Bravo.” -Gary L. Krupp, Author of Pope Pius XII and World War II- The Documented Truth 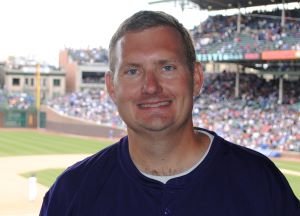 His second novel, Bellafortuna, has been nationally recognized, being named a Short List Finalist in the William Faulkner Writing Competition and awarded the B.R.A.G. Award in Historical Fiction. Mr. LoCoco is a member of the Italian American Writers Association.

His newest work, Saving the Music, which is Book 2 of his Bellafortuna Series, was just recently released.

Chip, who is an attorney, is married to his wife of over 20 years, Wendy. They have two children, Matthew and Ellie and a beagle, named Scout. They reside in their beloved city of New Orleans, where if you try to find them on a Sunday in the Fall, they will be somewhere rooting on their Saints.

Friday, June 5
Feature at What Is That Book About
Review at Books, Writings, and More

Monday, June 8
Review at Passages to the Past

Wednesday, June 10
Interview at Passages to the Past

During the Blog Tour, we are giving away a paperback copy of Saving the Music! To enter, please use the Gleam form below.

– Giveaway ends at 11:59 pm EST on June 18th. You must be 18 or older to enter.
– Paperback giveaway is open to the US only.
– Only one entry per household.
– All giveaway entrants agree to be honest and not cheat the systems; any suspicion of fraud will be decided upon by blog/site owner and the sponsor, and entrants may be disqualified at our discretion.
– The winner has 48 hours to claim prize or a new winner is chosen.