Malcom Van Doren made his fortune in the California Gold Rush of 1849.

By 1853, he spent it all, drowning in debt, and returned to his mine out of desperation.

Steadily, over the years, he went mad.

Known for his lunacy, when Malcom claimed to have discovered gold a second time, no one believed him… not even his family. Too paranoid about his creditors to prove his finding, Malcom Van Doren told everyone he hid his fortune away.

Now, in the year 1880, twenty-seven years after his second discovery, his daughters are each as desperate as he once was for wealth. All of them, for different reasons; revenge, love, or greed.

Three sisters battle to discover their dead father’s gold, but only one will win this race as their own little gold rush ensues.

God help the man that stands between a Golden Van Doren and all that glitters. 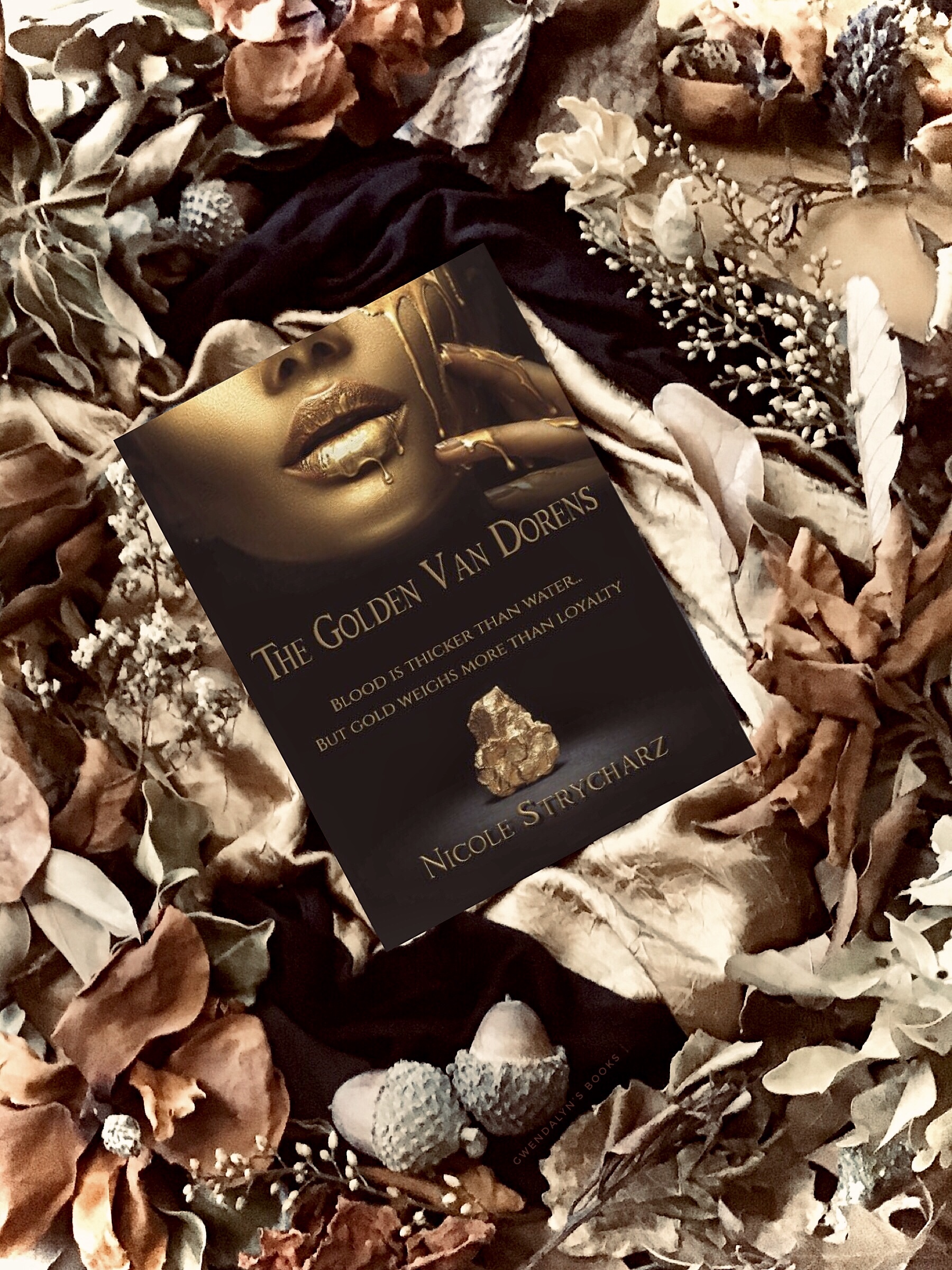 Nicole is a multi-genre author of over a dozen books.

“The Divorce” was nominated in the 2016 Indie Book Awards and won second place in the 2016 Best Cover Design in ‘Urban Literature Magazine.’

She was featured on the cover of Words + Magazine for her book “The Affair.”

She’s known for delving into sensitive and real topics such as in her title “The Love That Hurts” which explored domestic violence with the hopes of giving victims a voice while exposing the red flags of an abusive relationship. Most of her lead female characters are depicted as survivors or evolving overcomers of trauma. Sending a message to readers that every moment and every day they fight for is a victory.

Being of mixed ethnicity, she keeps her cast of characters diverse and tries to highlight the different cultures around the world.

Nicole lives in Virginia with her partner, three children, three stepsons, their amazing Grandparents, and one pretty Pocket-Pittie. She is always reading or working on the next book between mommyhood adventures.

Wednesday, September 2
Review at Passages to the Past

Saturday, September 5
Review at Reading is My Remedy

During the Blog Tour, we are giving away a 12″ by 8″ canvas painting of The Van Doren Sisters! To enter, please use the Gleam form below.

The giveaway is open to US residents only and ends on September 9th. You must be 18 or older to enter. 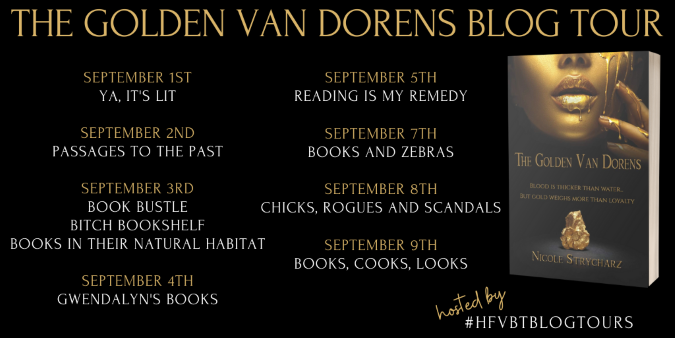 One thought on “The Golden Van Dorens Tour — Feature And Giveaway”