Today is the day, I have a wonderful book that I am excited to

share with you The Jade Bones by Lani Forbes 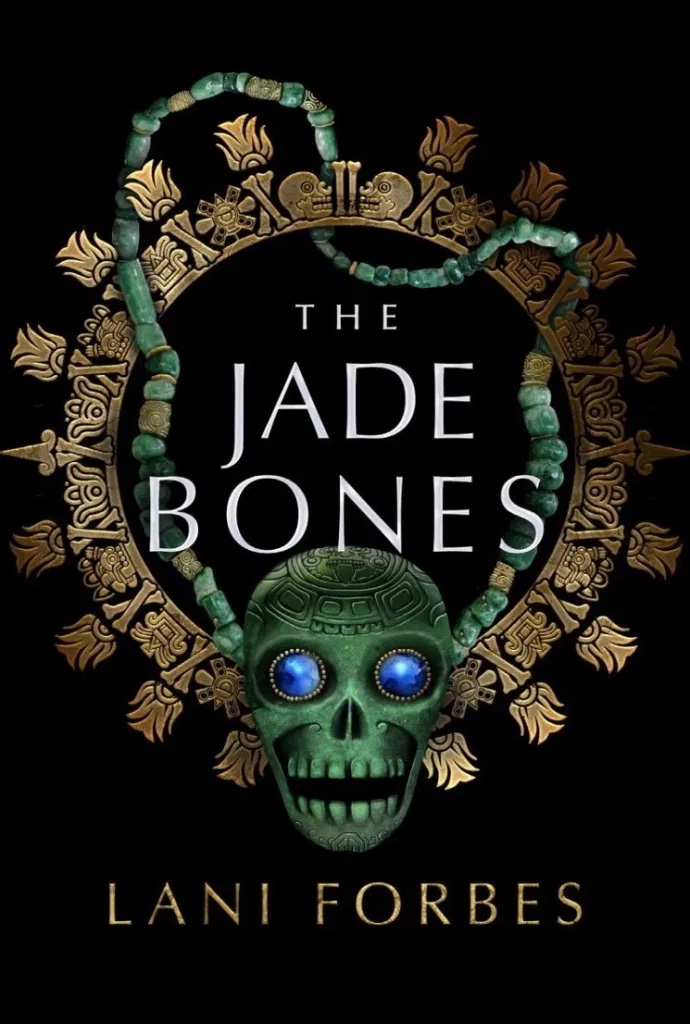 The Jade Bones
by Lani
Publisher: Blackstone Publishing
Release Date: February 16th 2021
Genre: Young Adult, Fantasy
Goodreads
Cast into the underworld after an act of shattering betrayal, Mayana and Ahkin must overcome unimaginable odds if they are to return home and reclaim the throne of the Chicome. A river of blood and demons disguised as children are only two of the challenges standing in their way. Fortunately, they are not unequipped. Mayana’s royal blood controls the power of water, and Prince Ahkin wields the power of the sun itself. Ometeotl, the Mother goddess, provides them with other gifts—and an ominous warning that one of them may not survive. But can the goddess be trusted?
Back in the lands above, Mayana’s best friend, Yemania, has survived the empress selection ritual—but her next challenge may be more than she can bear. The new empress of the Chicome Empire demands she become High Healer. Yemania has no interest in serving in the palace; she wants to use her healing ability to help the common people. More than that, her heart is no longer her own. She has met an enchanting stranger—Ochix, one of the feared Miquitz people who are ancient enemies of the Chicome.
As Mayana and Ahkin move ever closer to confronting the lords of the dead, Yemania and Ochix must hide their forbidden romance or face the wrath of both their empires. Meanwhile, the new empress has made a dangerous alliance that might destroy everything they hold dear.
Four young people risk their lives to save the world from a looming apocalypse in this captivating sequel to The Seventh Sun. Based on ancient Mesoamerican legends and mythology, The Jade Bones is a compelling and romantic adventure that builds to a heart-stopping climax. 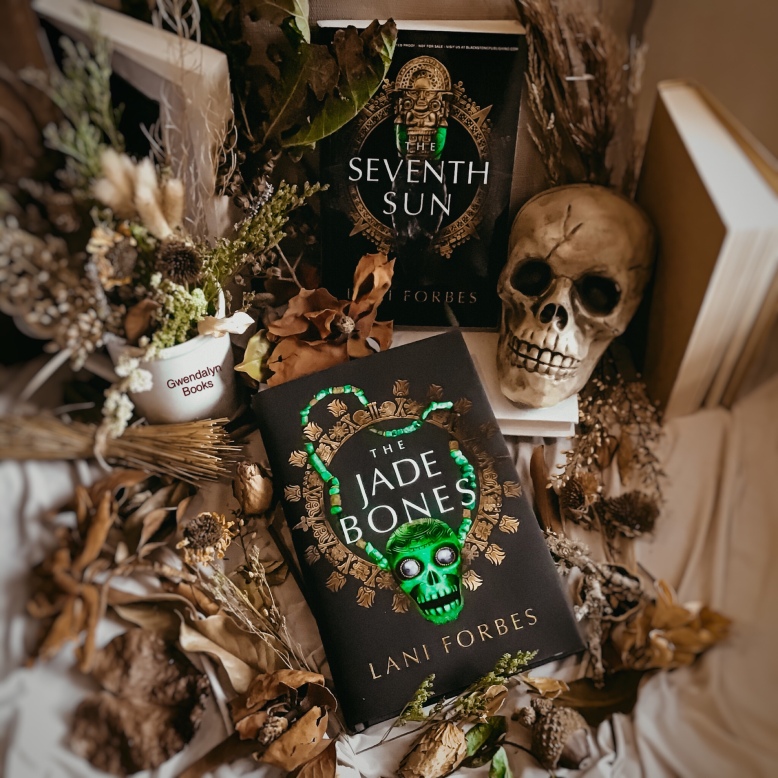 Based on ancient Mesoamerican legends and mythology, The Jade Bones picks up right where we left off in book one. So I went back and reread it the Seventh Sun to refresh my memory.

A fast paced compelling adventure that builds up and keeps you on the edge of your seat. That leads up to a to a heart stopping climax! If you enjoyed the first book than you are in for an stellar mythology.

Mayana and Akin have to travel the underworld to find the Lords of the Dead. They face many challenges as they take the journey meant for souls on there way finality.

Facing trials and near death escapes they find themselves not knowing if they should trust each other.

Can the Goddess be trusted, the tale weaves from above and below. Mayana’s royal blood controls the power of water, and Prince Ahkin wields the power of the sun itself. Together they tackle obstacles that bear down on them, and challenges standing in their way. Surviving her own test, Yemania becomes a high healer by the new empress of the Chicome Empire.

This was a riveting absorbing book, with great dual POV’s.The characters growth is exceptional and I found that I have switched my preference from one of the main characters from the previous book to another. The world building is wonderful and the authors writing insures the reader is fully invested in the storyline as it unfolds. 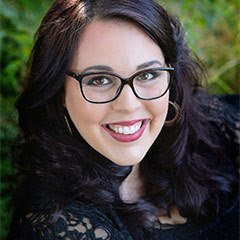 Lani Forbes is the daughter of a librarian and an ex-drug smuggling surfer (which explains her passionate love of the ocean and books). A former teacher turned trauma counselor, her passion is showing readers the transformative and encouraging power of story on the human experience. She helps others process anxiety, depression, and complex PTSD, both in her stories and in real life. A California native whose parents live in Mexico, Lani now resides in the Pacific Northwest where she stubbornly wears flip flops no matter how cold it gets. She is a proud nerd, Gryffindor, and member of Romance Writers of America and the Society for Children’s Book Writers and Illustrators.